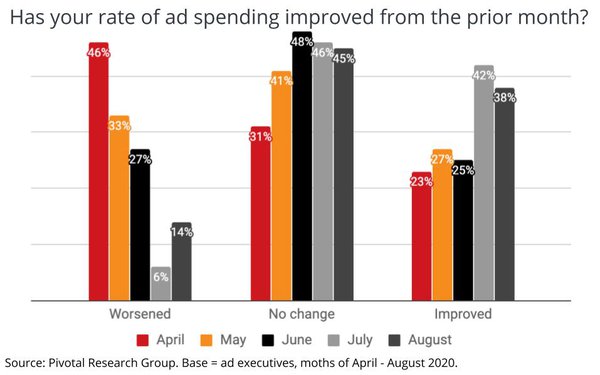 Monthly U.S. ad spending pacing has improved
consistently since the ad recession began earlier this year following the U.S. pandemic lockdown, but there was a slightly negative blip in August, according to a tracking study of ad executives’ “run
rates,” compiled by Wall Street equity research firm Pivotal Research Group.

Overall, the trend line has been consistent, moving from a “deceleration” — or worsening — of ad spending versus
the prior month, bottoming out in July with just 6% of ad executives indicating that it had worsened, although it bumped up to 15% in August.

Generally, the trend has been either toward
improved or stable spending.

Pivotal’s most recent data for August ad pacing shows that demand is improving more for direct response than for brand-focused marketers and agencies (see
below). 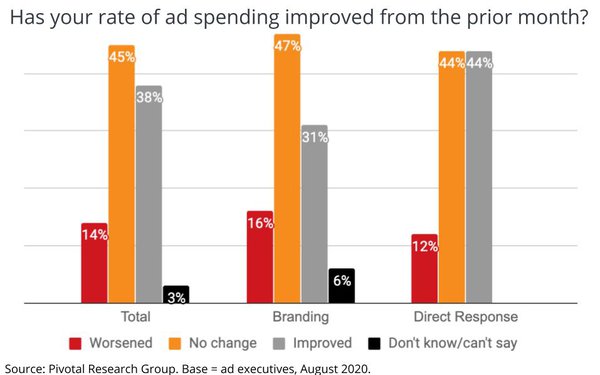