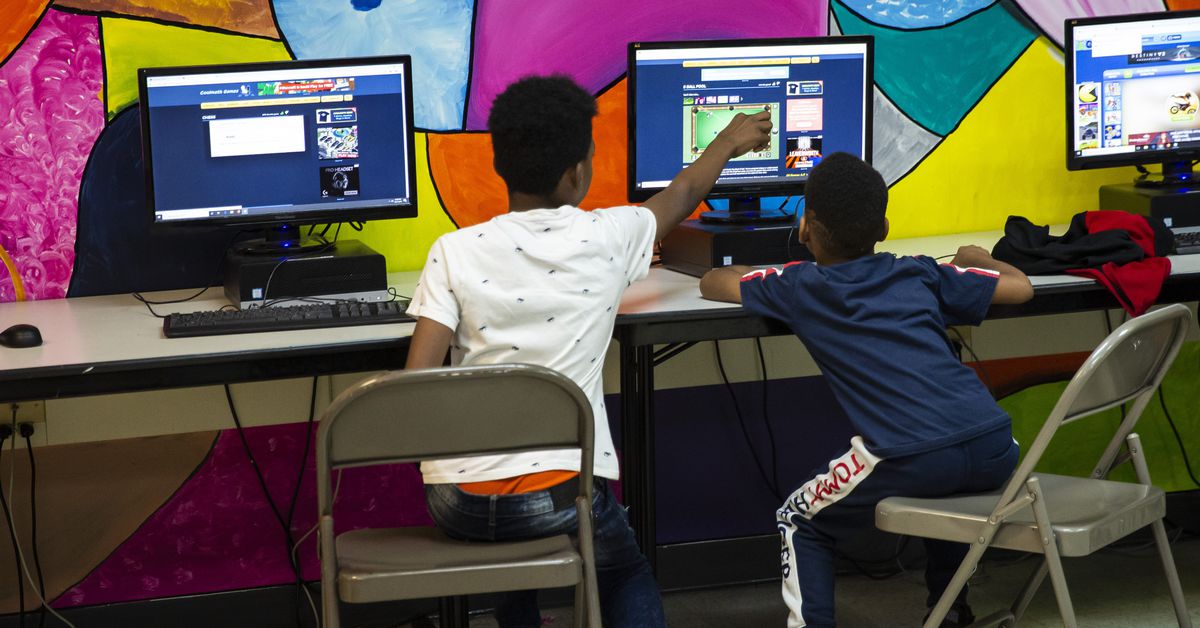 Chicago Public Schools parents are being asked to decide in the next week whether to send their children to school part-time this fall or keep them home with only one day of live instruction online.

The choice is a monumental one for most families as they figure out how to balance their children’s education with the health risks of gathering in groups during a deadly pandemic. Yet it’s now one they have to make a month before school would resume without knowing the state of the virus in the city at that time, or exactly what the district’s final fall plan looks like.

Officials sent messages to parents Friday afternoon revealing an Aug. 7 deadline for that decision, explaining the district will need time to plan based on how many families decide to stick with remote learning.

“The district’s approach for delivering full-time home-based learning will be tailored to the number of families who choose this option,” the email from CPS chief executive Janice Jackson and education chief LaTanya McDade read.

With little known about the direction of the virus between now and Sept. 8, when the school year is set to start, it may be tough for families to make an educated decision. CPS also on Friday held its last of five community meetings to take input on its fall framework, and is yet to issue its final plan for the fall.

CPS itself has cited the unpredictable nature of the virus in saying it won’t make a final announcement on a return to classrooms until closer to the start of the school year.

Parents who decide their kids won’t be attending school have to stick with that choice through the first quarter of the school year. Parents who pick the partial in-person option can opt back out at any point.

For those picking full-time remote learning, CPS plans to offer live instruction only one day a week — Wednesday, the same as students who’ll go to school twice a week. The district said attendance will still be tracked the other four days, and kids will be expected to “engage in a minimum of five hours of instructional activity” those days.

“While they will only have live instruction one day a week, teachers will design activities, including pre-recorded lessons, independent work to build skills, and independent projects connected to the curriculum,” Jackson and McDade wrote.

Annette Stenner, who has twins going into the third grade next year at Jamieson Elementary, said she was leaning toward keeping her kids in remote learning because of the health risks of going back to school. But then she found out Friday that meant they would only have live interaction with their teachers one day a week for a partial day.

“That just, to me, is not equitable for those that cannot go in person. It’s not giving an equitable education to those children,” she said.

Stenner attended a CPS community meeting Friday and said she was grateful the district had put time and consideration into crafting the hybrid model. But she said she felt pushed into the hybrid option because almost no details have been shared about the fully remote choice, and she’d be picking something she knew little about.

Stenner said she’s now considering picking the hybrid plan so she can leave her options open between now and the start of the school year. She said she thinks lots of parents will make that choice because of the way CPS has structured the decision, and will unintentionally leave the district scrambling to adjust if potentially thousands of parents opt out at the last minute.

“They are going to get a skewed result and then they’re going to say, ‘Oh look what parents want,’” Stenner said. “But parents wouldn’t make those decisions that way if they had provided us a better option for learning at home and more information about what that is going to look like.”

Other parents raised their frustrations in a discussion in the Facebook group for parent advocacy organization Raise Your Hand.

“I’m upset, angry, and frustrated,” a mother wrote in the Raise Your Hand discussion. “I understand the need for planning time but parents need more information before choosing. … And with the number of new infections increasing, a lot may change in a month.”