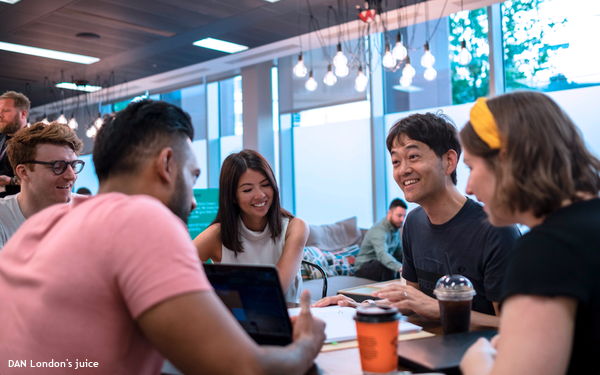 Dentsu
Aegis Network has achieved 100% renewable electricity in all of its worldwide facilities where the market allows it.

The agency network, which powers 45,000 people across 145 markets, said it
passed this milestone “ahead of schedule,” thanks to a partnership with consultant The Climate Group and not-for-profit charity CDP Worldwide.

DAN, which is now designated a RE100 member
company, began its transition in 2015 and set a goal of becoming 100% renewable in all markets by the end of 2020.

“Challenges remain in sourcing renewable energy in certain markets that are
unable to provide the necessary renewable infrastructure that businesses require to achieve full RE100 status,” the agency said in a statement, adding that in October it will join with a RE100
coalition on a global campaign to encourage other companies to become fully certifiable renewable energy sources in all markets.

“Change starts at home and we need to walk the walk
first,” DAN Chief Sustainability Officer Anna Lungley stated, adding: “In 2015 we set ourselves the most ambitious targets among global marketing holding companies, which required us
to rapidly transition to renewable energy across the entirety of our business in only five years and we have achieved that goal ahead of schedule. The work does not stop here. We are now laser-focused
on achieving our 2030 science based targets.”

In 2019, DAN joined forces with Bristol University, Sky and the BBC to launch DIMPACT, an
ambitious collaboration to map the carbon impacts of “digital value chains.”

In April 2008, MediaPost’s MEDIA magazine
dedicated its entire issue to the carbon impact of the media industry, which found, among other things, that a copy of its 5.8-ounce print edition was the equivalent of 1.031 pounds of carbon dioxide,
in environmental damage terms.

MEDIA no longer publishes a print edition, but our carbon issue also found that digital media burns billions of kilowatts of energy to power servers to
distribute its content.