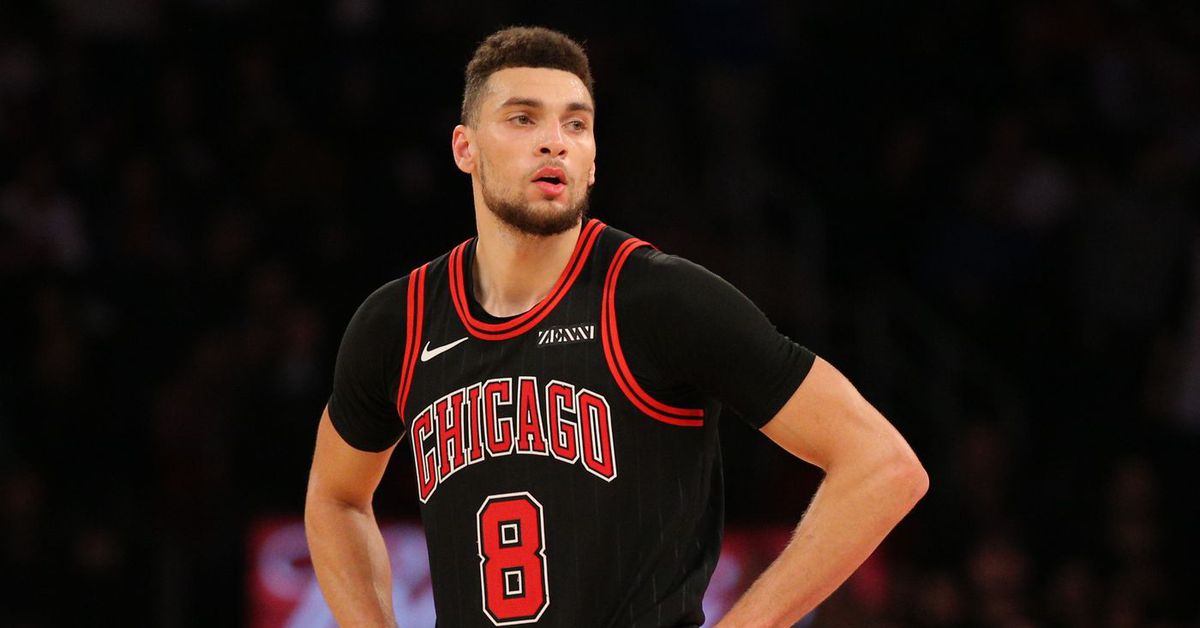 The Bulls failing rebuild isn’t even cold yet, and still the vultures are already circling.

SNY reported last week that both the Knicks and the Nets were doing background work on Zach LaVine and the possibility of the guard being dealt by the new regime, and an NBA scout has told the Sun-Times there were a handful of teams actively zeroing in on multiple players on the Bulls roster, including Lauri Markkanen and Wendell Carter Jr.

Normal due diligence or a lot more smoke than usual?

In this case likely both.

First, it’s important to note that Bulls sources have indicated that the organization hasn’t even crossed the trade bridge. Heck, new executive vice president of basketball operations Arturas Karnisovas is yet to even get the entire roster into the Advocate Center for a full workout, let alone already seeing flaws in players he would move.

No, this is more about outside teams waiting on the Bulls to make a decision on the coaching staff, and then seeing what the aftermath of that decision will bring.

The Sun-Times has reported several times this offseason that there were at least a handful of players – several key ones – unhappy with not only head coach Jim Boylen, but the direction the analytics department forced the offensive scheme to go.

The mid-range shot was frowned upon, despite LaVine and Markkanen both considering it a key part of their games, while the Bulls lived and died from three-point range. Considering the stats, mostly died.

It was a square peg trying to be jammed into a round hole, with Boylen eating what the analytics department was feeding him.

LaVine did have one of his better offensive seasons, but still felt like he was somewhat handcuffed and could have done more. The same can’t be said for Markkanen, who privately ridiculed the offense most of the season.

Then there was Carter, who basically became an afterthought in the offense. His touches seemed to all but disappear, as he was cast into the garbage-man role where his points would have to come off offensive rebounds through his own work.

That offensive philosophy is already being picked apart by the new regime, according to a source, so expect Boylen to again have to teach a new look if he is retained.

However, many of the defensive schemes Boylen implemented – minus the constant blitzes on pick-and-roll – have been applauded by the front office, so there’s that.

So why has the Bulls roster drawn attention?

Markkanen, LaVine and Carter have each had their own issues with Boylen, with Markkanen not liking his role, Carter wanting to play more four and less five, and LaVine – well the cameras caught LaVine’s face at the end of some games last season after his coach called what he felt were meaningless timeouts.

There are scenarios for all three to be dealt, especially if the Bulls stumble across a true center in the draft – yes you James Wiseman – and feel there is now a logjam at the four with Carter and Markkanen each able to play it. Unlikely, but it exists.

And what if Boylen being retained leads to a second attempted coup by the players? There was a weak two-man coup attempted during Boylen’s first week on the job, but what if his return sparks players to flat-out demand a trade?

Then there’s LaVine, who is tired of missing out on the playoffs and being overlooked for All-Star recognition. He’s signed for the next two seasons at $19.5 million each, and after that all bets are off. If the Bulls want to be in the best financial position they can be for the highly-touted 2021 free-agent class maybe they act now, getting LaVine off the books by acquiring an expiring contract and draft picks.

By freeing up $20 million from LaVine and then the $28.4 million Otto Porter Jr. will make this season when he opts in, the Bulls could be in great shape to potentially add two max deals in ’21.

A lot of what ifs, but enough to keep the vultures circling.