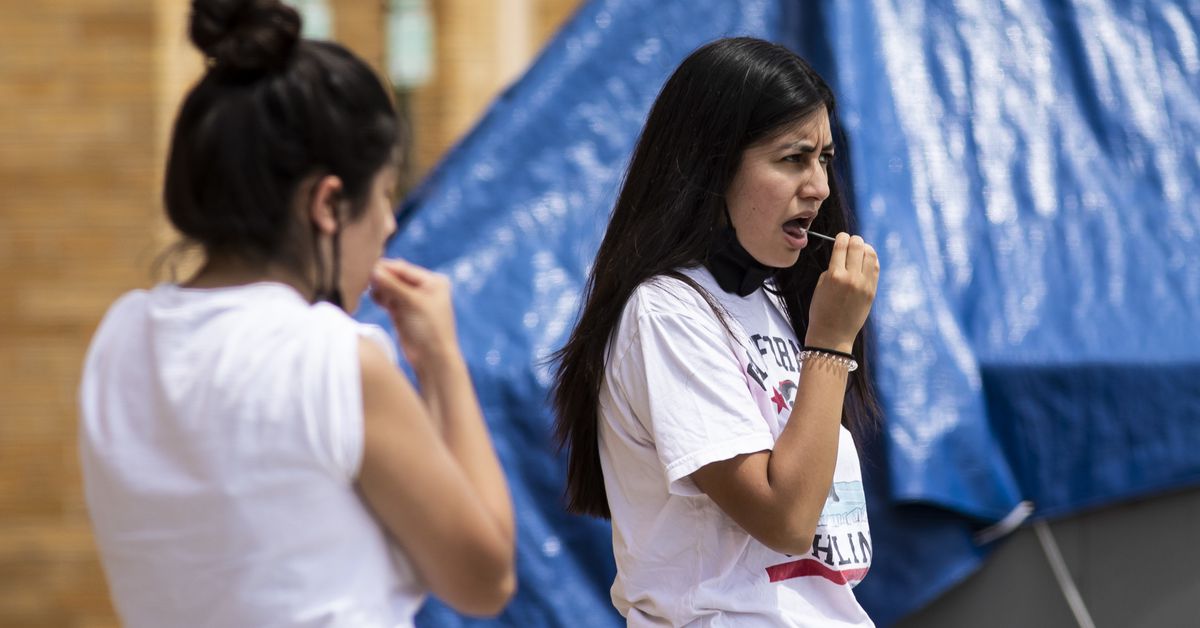 Health officials on Saturday announced another 1,639 people have tested positive for COVID-19 in Illinois, the latest four-digit daily tally as Gov. J.B. Pritzker warns the state is on the precipice of a dangerous viral resurgence.

The new cases were confirmed among 39,809 tests received by the Illinois Department of Public Health, keeping the state’s testing positivity rate over the last week at 3.9%.

That number has risen from 2.6% over the course of a month. Illinois closed out the final two weeks of June averaging about 682 new cases per day.

The state has averaged 1,419 new cases per day since mid-July, while Friday’s total of 1,941 was Illinois’ highest caseload since May 24.

For now, coronavirus deaths have remained relatively low in Illinois as cases have rebounded. Officials announced another eight deaths were attributed to the virus, raising Illinois’ pandemic toll to 7,503.

That’s below Illinois’ average of about 16 deaths reported daily over the last two weeks, compared to about 34 deaths over the final two weeks of June — a month in which the state’s pandemic curve flattened from a peak in mid-May.

Health officials on Friday singled out 11 of the state’s 102 counties for being at a “warning level” after a series of outbreaks were tied to large gatherings of young people, lax enforcement of masking and social distancing guidelines and other risky behaviors.

And as of Saturday, seven of the state’s 11 regions designated by the governor’s office have seen positivity increases for at least a week or more. Under Pritzker’s coronavirus resurgence plan, that means they could soon face a state intervention including business shutdowns if hospital admissions increase or bed availability decreases.

A total of 1,347 Illinois coronavirus patients were hospitalized Friday night, with 334 in intensive care units and 148 on ventilators.

“I know we all want to be done with this virus. Believe me, the coronavirus fatigue is real,” Ezike said. “But the virus is not done with us, however done we want to be with it — so we can’t stop our efforts.”

At least 180,476 people have contracted the virus in Illinois since March, among 2.7 million who have been tested.