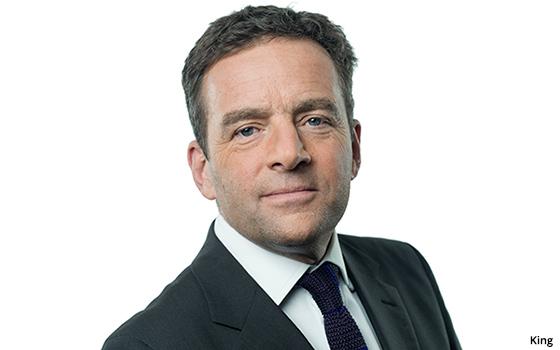 Publicis Groupe’s Chief Operating Officer Steve King
continues to believe that global advertising expenditures will shrink 9.1% in 2020 to $572 billion before growing 6% to reach $606 billion in 2021, as first forecast by Publicis Media’s Zenith
in July.

“There is no returning to normal,” he states. King agrees with the general consensus that COVID-19 has advanced shifts towards personalization and digital channels,
forever altering the media landscape.

One trend he is following closely is very similar to one he tracked earlier in his career. The evolution of e-commerce is mimicking the same route as
digital, he says. King remembers back in the early days of the digital revolution, advertisers would increasingly add more of this channel to their ad budgets before it eventually became an essential
and critical component. The same path is happening with e-commerce in which it will soon be “ubiquitous.”

Publicis Groupe is upping its commerce capabilities through a newly
launched intelligence hub that allows the organization to benchmark performance and share data driven commerce recommendations. This platform helps Publicis Groupe learn what is working—and what
is not —while comparing and contrasting categories and services.

While the company has not been as active on the acquisition side, King says the Groupe is bolstering its service
offerings through new additions like this summer’s The Pact, powered by Epsilon that guarantees a set ROI on media campaigns or the clients receives a 100% refund. “We have had not to
deliver any money back,” he says.

Publicis Media has been working hard during COVID-19 to win new clients. In August, for example, the company landed nearly a billion dollars in new
business billings, including assignments from Kraft Heinz ($580 million), Reckitt Benckiser ($260 million) and TikTok ($50 million).

His secret to success? Combined service packages. “We
never go to a media pitch with just media,” he states. Instead, Publicis Media aligns with sister shops Sapient or Epsilon to bring clients integrated capabilities including robust intelligence
centered around 200 million privacy-compliant consumer profiles. In fact, pitches now require a full suite of bells and whistles in order to sway clients. At the very least, “The price of entry
is strong commerce,” says King.

Based on his success during the pandemic, King feels virtual pitches can be just as productive as in-person reviews, though it largely depends on the
client, he adds. He admits it is harder to ideate and work on creative strategies remotely, but many other tasks both pertaining to pitches as well as general work have easily proven transferable.

King offers mixed opinions about the way the pandemic will change how his company operates going forward. While the Groupe’s internal platform Marcel reports 90% of team members want to work
from home more often, King reminds himself of 9-11 when everyone said New York would never return to normal. “All these predictions that seemed accurate at the time turned out not to be
true,” he says.

Health issues not withstanding individuals “enjoy the social aspect of
work,” he says. Ultimately employees will have a say about the work environment. “We listen to our people and accommodate them.”

In fact, his key concern right now is mental
resilience. “It is not just the financial impact, but those living in cities alone, coping with young kids in an apartment, or experiencing pressure with their relationships.”

His
own mental health is strong, particularly since this is the first time in 25 years he has not had to adjust to jet lag. After traveling non-stop for the past two decades, he admits it has been
“very strange” to be grounded for this length of time, though he feels business travel will eventually “come back slowly.”