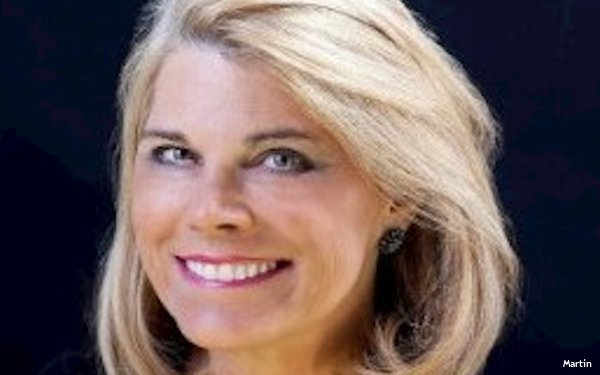 Laura Martin, partner, Needham & Co, has studied the entertainment business for long- and short-term returns along with associated risk factors for many
years.  Media companies were her focus notably TV/video.  Demonstrating the value of insights developed from extensive multi-faceted research by an executive with deep experience, Martin
painted a fascinating picture of the major media and entertainment sectors after Covid and their likely positions and value out to 2024.  The ad revenue declines for this year are already
staggering for the traditional media.

While subscription video-on-demand (SVOD) is experiencing huge growth, it is projected that advertising-based video-on-demand
(AVOD), which is free, will surpass SVOD in revenue and share of viewing time by 2024.  The current growth rate of both models is being accelerated by Covid.  With reference to cable
subscribers moving to streaming services, non-connected TV homes, currently 31.2% of homes, will rise to an estimated 46.6% of homes.  Martin suggested, “it’s chord-swapping, not
chord-cutting” that is evolving as households look to higher broadband delivery to eliminate buffering.

In terms of physical media — including live sports, theme
parks and live entertainment — it is estimated total revenue losses from all sources could reach $400 billion per year!

The consumer/technological video complexity and
evolution across all the key business indicators reveals quite different ad/subscription and viewership time shares by the major players comparing 2019 to 2024 estimates.  However this TV/video
sector evolves in relation to the entire entertainment segment, it was posited that lifetime value of customers will remain paramount.  Low churn rates and retention will be critical to the
companies involved driven by differential content and innovation.  No argument!

Nadine Karp McHugh, president of the Association of National Advertisers’
SeeHer, and Jennifer Pelino, executive vice president-omnichannel media at IRI, shared a clever, data intense, research approach that determined sales lift across an array of brand powerhouses, based
on the level of the ad’s GEM score for the portrayal of women and girls in a brand’s ads.  The results were conclusive in that the highest sales lifts were associated with the ads
that had the highest GEM scores.

An extensive comparative study examined the ability of the same ad to generate attention and
keep attention on different devices: smart TVs, PCs, Tablets, and smart phones.  It was executed via GfK’s “ad fit optimizer” under the leadership of Senior Vice President Jon
Brand who stressed that understanding what drives consumer’s attention, “is the number One challenge” in an environment of commercial avoidance that produces, “a sharp decay in
engagement.”

Mobile did relatively well against the other devices on the various attention and response measures.  However, the real value of the research was
the clear ad creative attributes for each device that would help generate more attention.  No surprise, video on any device generated better ad attention and duration than display and positive
emotional messages work across all devices.  Testing ads across all planned devices will clearly reap dividends.

Little surprise that the cross-media measurement
“challenge” came from Britain courtesy of Neil Eddleston, managing director of JC Decaux One World and Mike Follett, managing director of Lumen.  Their presentation was founded on the
position that, ad viewability (so called “viewable impression” in the U.S.) is not a media currency but merely a pre-requisite to the ability by a consumer to actually view, notice or pay
attention to a properly rendered ad.  In other words, they suggest it is essential for advertisers, their agencies, and the media sellers to trade on ads “viewed,” possibly along with
dwell time.  As such any currency should not be based on, “maybe,” “could be” or “might be” seen (or heard) just because it was rendered on a device to
specification.

Their research using infrared eye-tracking compared advertising on mobile with digital out-of-home (DOOH) on their own and in combination based on
attention or noticed.  No surprise, due to increased reach and the well-established media multiplier effect, the combination of the two platforms achieved the best communication (attention)
effects notably when mobile is preceded by DOOH.

Is “attention” the “truth” as a cross-media measurement metric being sought by the WFA in
collaboration with the ANA and ISBA in the U.K.?  Although remarkably never mentioned during the Conference, the ARF’s, “Towards Better Media Decisions” is unequivocal on what
constitutes the purest media audience measurement – Ad (or content) exposure.

So, is ad/content “exposure” the
pure common cross-media metric we are all looking for?  This ARF Conference wraps up today.