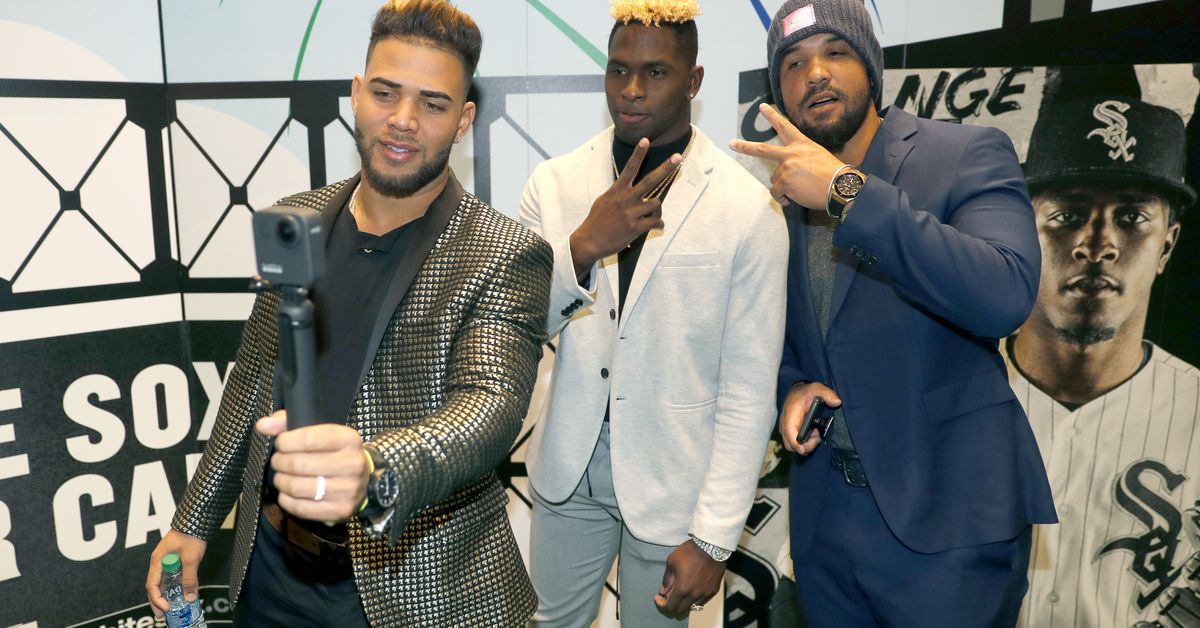 White Sox manager Rick Renteria went with his top-heavy Cuban lineup a second straight day Sunday, and why not? The first time produced a 21-hit onslaught in an 11-5 win over the Royals Saturday.

“That’s pretty cool to hear,” Renteria said. “Actually one of the guys [Abreu] brought it to my attention. He was pretty excited about it, actually. It’s neat and on top of that you had a Cuban born pitcher [Gio Gonzalez] on the mound or at least of Cuban descent to start the game.”

The foursome combined to go 11-for-22 with four RBI and seven runs scored. Robert is hitting .364/.382/.636 with five extra base hits in his first eight game. Leading off for the first time, Robert went 4-for-6 with a homer, two doubles, two RBI and two runs scored. He and Dominican born Eloy Jiménez both fell a triple shy of the cycle.

The Sox’ Cuban tradition runs even deeper, with Minnie Minoso, El Duque and Jose Contreras from the 2005 World Series champions.

“It was a cool moment for them when they were taking batting practice and talking about it,” Renteria said.

Renteria on the Sox going to Milwaukee to play the Brewers for games Monday and Tuesday, where Major League Baseball postponed the series-opener between the Brewers and Cardinals after multiple positive tests on the Cardinals.

“We’re all doing what we can to keep ourselves contained,” Renteria said Sunday. “And the message has been sent across the league for everybody to step it up and try to maintain what they need to in order for us to not cross contaminate, so to speak. It is what it is.

“Right now, we’re here, we’ve got a job to do, everybody’s trying to do everything they can to stay on the field. And to think about anything else — there are things we can control and things we can’t, just like anything, so hopefully we’re doing everything we can to minimize the chances and we’re able to go out there and play.”

No souvenir for Heuer

“Actually a funny story, we can’t find the ball from my first save,” Heuer said Sunday. “I don’t know where that went. But yeah, it was good.

“Hopefully there will be many more to come so I won’t have to worry about it. I’ll get the second one.”

Leury Garcia, who played shortstop Saturday in place of Tim Anderson (strained groin) and reached base all six times he was up — four singles, a walk and an error – had the day off for personal reasons due to a death in the family, Renteria said. Danny Mendick started at shortstop.

*Nicky Delmonico started in right field, his first appearance since Tuesday in Cleveland. Right fielder Nomar Mazara, on the injured list for an unspecified reason, could be activated Monday.